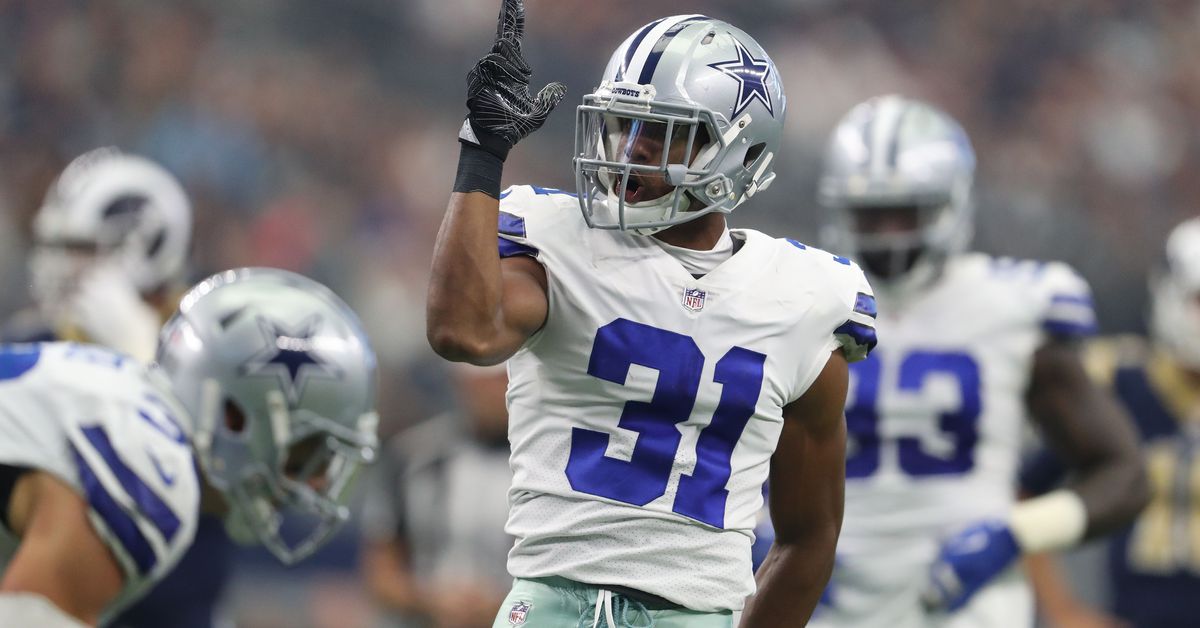 Tom Downey
‏
Byron Jones’ option has been officially picked up by the #Cowboys.

Per @toddarcher, it actually happened on Friday

I just can’t believe that. I mean, in the 2018 NFL, how do these players not tie themselves to the fucking floor to avoid crossing THAT line…

It makes no sense.

I don’t understand this shit to begin with. I guess husband/wife has some reasoning but why in the hell folks get themselves in trouble by assaulting someone they don’t want to be with is beyond me. I don’t like you so I’m gonna give up my career by hitting your ass. BTW, it says she did the same thing in college.

Yeah I saw that bit. Part of the “2018 NFL” thing, because a mere accusation is more than enough for Goodell. That these guys can’t be smart enough to avoid the crazy ones, no matter how fun they are, is beyond me.

And I define crazy in this sense as the women who can’t seem to help creating situations that make a dude mad enough to even consider violent reactions, whether he acts or (is actually a man and does) not. Some people love drama, when it’s a she, it’s crazy. I earned the right to make that distinction with my first wife.

You mentioned Goodell. I despise that folks want to blame officials and the NFL and anything other than my team lost. But…I honestly believe Goodell has a planned bad outcome for the Cowboys. Yes, much of it is his association with Jerral but I can’t help but think that the America’s Team and the fact that the Cowboys don’t have to win to remain America’s favorite team plays a part of it too. IMO he does not allow teams to become the best they can. He is into this parity thing too much.

BTW, David Irving’s ex reneged and told the truth. And as quick as she did. I wonder if he agreed not to press charges if she fixed it. I’m sure Goodell will suspend him anyway…ask Zeke.

I wonder if the difference will be that Irving’s lady made a statement stating the allegations were false where Elliott’s accuser held onto the story the whole time despite (some) evidence that she was making it up to hurt him.

Hope so, but goodell could use his omniscient powers to say she was paid to say it.

Which very well could have been the goal all along. Not saying all women are like that, but there are more than a few floating around these players.

Absolutely, we’ve seen that when it comes to disciplinary situations, Roger Goodell has free reign to do what he wants.

This bitch should do jail time for false this false accusation. They should not be allowed to get away with this shit. That’s the reason you have seen more and more of these accusations in the last few years. There is no accountability if someone is proven they have lied.

Gotta agree…jail time can convince some to do what’s right or should I say refrain from doing what’s wrong.

Yep, it’s called a deterrent method for a reason.

It’s more complicated than that, though. How often is actually proven to be a lie, rather than just let go because of a lack of evidence to support it? Far too often, it requires proving a negative, and we know how that works out.

In this case, the Frisco PD should press charges for filing a false report. She admitted it was false, publicly. When something has so many instances of the grey area, you run with the ones that aren’t.

I’m talking about when it can be proven either by evidence or reversal of statement by the accuser. Jail time should be served. Some women think it’s okay to just throw out bullshit lies because they’re pissed at their BF/husband. There should be consequences for that shit. Otherwise, you do not deter the behavior and it grows like a weed.

And I’m saying evidence and reversals are rare.

I’m not saying they aren’t. I’m just saying that the rare occasions they are, are rarely prosecuted. See our own Zeke’s case as proof.