Michael Bennett isn’t the only NFL player facing delayed legal charges. Word’s come down today that Atlanta, GA police have issued an arrest warrant for Cowboys OL Chaz Green. He is wanted for the attempted murder of Dak Prescott during the Cowboys’ Week 10 game against the Falcons last November.

Hah! Had me for a second there. Nice.

I didn’t even see the satire label on the post. 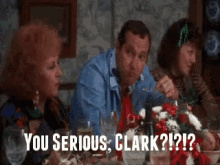 LOL. Did anyone see the “Wanted” poster for Punxatawney Phil?

Okay, so I’m not crazy. It wasn’t there the first time I opened the post. Makes me feel a bit better about myself.

haha You really shouldn’t let the opinions of others determine your self-worth, sir.

My opinion of myself is all that matters to me, but I thought I was an idiot there for a second.

Now, THIS is my kinda chatter. Smart-ass on, my new friend.

Shit, and I was gonna go change your Title to “Might be an idiot…” but thought better of it.

Title still very well could be applicable. I never underestimate myself.

Nor I, sir. The idiocy runs deep in this one.

I am pretty smart, but I have done some things that would embarrass an idiot LOL

I’m pretty embarrassed for you, so I guess I really am an idiot.

Well, I just burned the shit out of my face with a taquito so I think that confirms it.

I hope it wasn’t a 7-Eleven tacquito because that stuff is toxic.

Oh no, these are the good taquitos from CostCo. Not the gut rockets from 7-11.

The gut rockets from Allsups are much better.