Crazy to see how many people are blasting him. I get some of it, he went to the Redskins, but this started before that. Starting after he shared this. 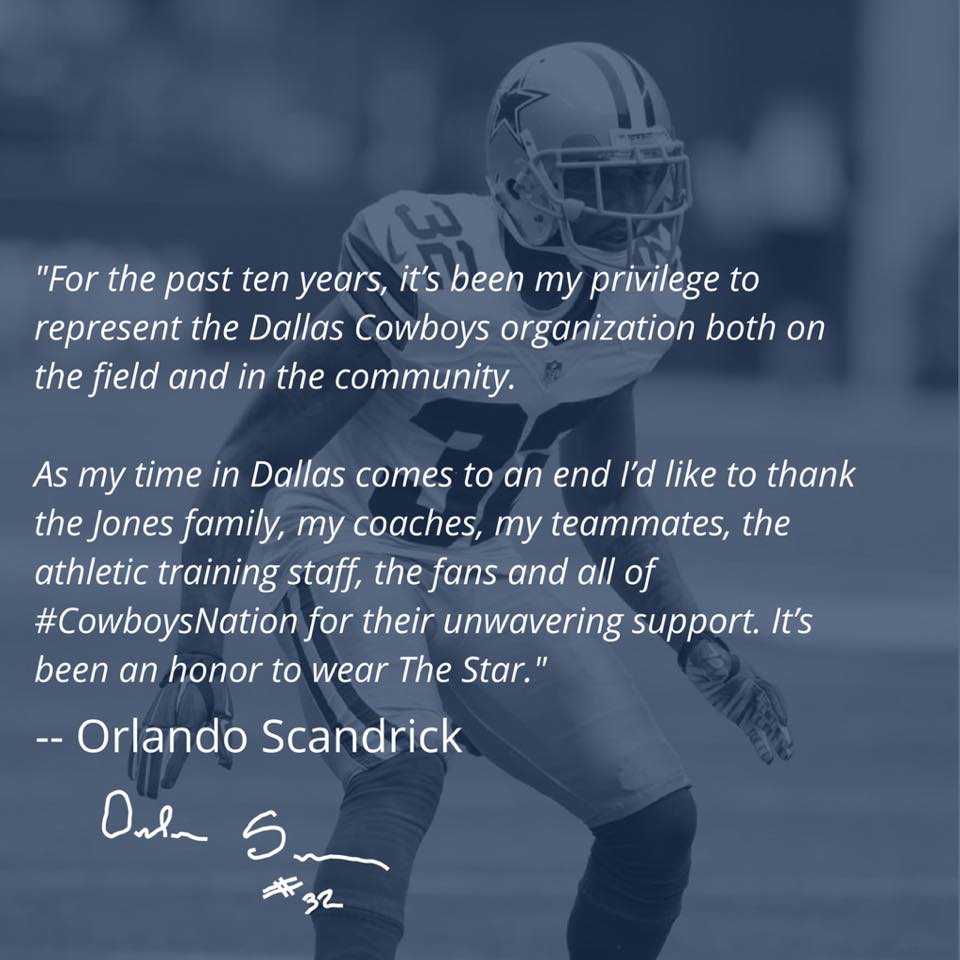 I thought it was classy.

Scandy was never a top dog for DAL, and I find it a little nuts to act like anyone is saying that isn’t true. He simply thanked the fans of the team that employed him for the first decade of his career. I actually forgot it had been that long. He looked good, once, when Claiborne got hurt, but since his knee got busted up a few years back, he hasn’t been the same. He was always better as a slot corner anyway.

Of course, now he goes to WAS, like Terrell McClain and Jason Hatcher did before him. That’s a shame, but I’m not worried about him. You?