Does anyone know where I can get a silver and blue cowboys jersey?

I’ve seen there cowboys jerseys that are silver and grey… I’ve seen them with several players but never in stores… If there on ebay there old… has anyone ever seen them in person??

The closest official matches are the inverted series. The league runs licensing periods on various designs, so once a design is out of production it doesn’t usually come back. Some custom jersey manufacturers can make off-license stuff for you, if you can find one.

This jersey here is what I remember for the silver and blue. It is out of production. 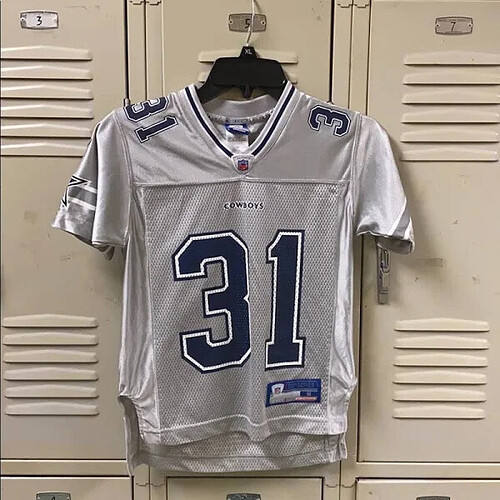